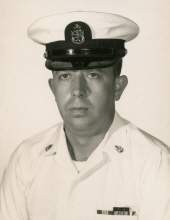 W.G. “Bill” French
Funeral services for longtime Granada, Colorado resident, W.G. “Bill” French will be held at 10:00AM on Monday, August 28, 2017 at the Peacock Family Chapel with Reverend Mariusz Wirkowski as celebrant. Interment will follow at the Hartman Cemetery in Hartman, Colorado.

He is preceded in death by his parents and his brother, Donald Eugene French.

Memorial contributions may be made to the Lamar Area Hospice either direct or in care of the funeral home office.
To order memorial trees or send flowers to the family in memory of W.G. "Bill" French, please visit our flower store.