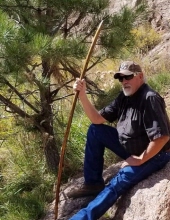 Wayne A Burgess Obituary
A memorial service for lifelong McClave and Hasty, Colorado resident, Wayne A. Burgess will be held at 10:00AM on Thursday, September 2, 2021 at the Peacock Family Chapel with Brother Gordon Jameson officiating. Inurnment will follow at the Hasty Cemetery in Hasty, Colorado.
Wayne Allen Burgess was born August 30, 1953 to Fay Edward and Roxie Mae (Johnson) Burgess in Lamar, Colorado. He lived most of his life in the McClave area with his siblings Ray, Barbara, David and Cheryl. He graduated from McClave High School class of 1971.
Wayne married the love of his life, Vicki Ann (Clayton) on a beautiful June morning in 1972. To this union was born their children Clayton Dwayne in 1975, Natalie Ann in 1979 and Tamara Michelle in 1985.
Wayne was a member of the Dunkard Brethren Church, where he was called into the ministry. He loved sharing the Gospel of Jesus Christ and the story of Salvation. His greatest joy was seeing his children and grandchildren come to know Jesus as their personal Savior.
Wayne owned and operated Weldfast welding for many years, creating farm machinery and many other welding projects. He loved farming the land and raising cattle. His favorite places to be were out in the field, taking a drive or up in the mountains. He loved to hunt and fish. He would say that his biggest blessing was just being with his family. He served the Lord on the mission field and at home. He was an auctioneer and an EMT/Volunteer Firefighter with the Hasty/McClave Fire Protection District over the years.
Wayne entered into his Heavenly home on August 27, 2021 with his wife beside him in their home in Hasty, Colorado.
Wayne is survived by his wife Vicki of the family home in Hasty, CO, daughters Natalie Ann of Norton, KS, Tamara Michelle and Alex Grace of McClave, CO, son-in-law’s William Scofield and Shane Allenbaugh, grandchildren Jenna, Gabriel and Judah, Kylie, Brooklyn and Payton, Violet , Bryanna, Fayth, Zane, Haiden, Hailey, Kelsie, Zach and great grandchild Emily. He is also survived by his loving mother in law Etta Clayton, siblings Barbara Yarborough, David (Carla) Burgess, and Cheryl (Kelly) Owens, sisters-in-law Cheryl (Lee) Baldwin and Valerie (Tim) Noecker and brother-in-law Roy Johnson as well as numerous nieces, nephews, other family and friends.
Wayne is preceded in death by his son Clayton Dwayne Burgess, granddaughter Autumn Rayne Brassfield, parents Fay and Roxie Burgess, father-in-law Lawrence Clayton, brother Ray Burgess, sister-in-law Loretta Johnson and niece Brianna Pearl Noecker.
Memorial contributions may be made to the Wayne A. Burgess Memorial Fund and/or Hasty/McClave Fire Protection District either direct or in care of the funeral home office.
Services are under the direction of the Peacock Family.
To order memorial trees or send flowers to the family in memory of Wayne A Burgess , please visit our flower store.