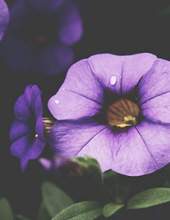 A Celebration of Life for lifelong Holly resident, Twylah Mapes was held at 1:00PM on Tuesday, February 21, 2017 at the Wesleyan Church in Syracuse, Kansas with Pastor Paul Runyon and Pastor Noel Bates co-officiating. Interment followed at the Holly Cemetery in Holly, Colorado.

Visitation was held prior to the services at the church from 9:00AM until service time.

Twylah was born in Holly, Colorado on August 5, 1942 to Richard Franklin and Ruth Alice (Hughes) Gideon and passed away on February 14, 2017 at the Holly Nursing Care Center at the age of 74.

She is preceded in death by her father Richard.

Memorial Contributions may be made to the Lamar Area Hospice direct or in care of the funeral home office.

Arrangements are under the direction of the Peacock Family.
To order memorial trees or send flowers to the family in memory of Twylah Mapes, please visit our flower store.