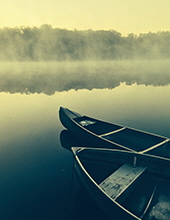 Troy Alan Albert
A graveside memorial for former Lamar, Colorado resident, currently of Fremont, Michigan, Troy Alan Albert will be held at 10:00AM on Tuesday, July 27, 2021 at the Fairmount Cemetery in the Veteran’s Section under the auspices of the local V.F.W. and American Legion Posts.

Troy graduated from Lamar High School in the class of 1980 and went on to attend Northeastern Junior College at Sterling, Colorado receiving his associate’s degree. Shortly after graduating from college, Troy entered into the United States Navy on October 17, 1984 and was assigned as a Hospitalman at the Naval Hospital Bethesda MD. He was discharged on October 29, 1985. Troy began his career as a driver for Schwan’s in Garden City, Kansas and Dodge City, Kansas. He then had an opportunity to advance his career and moved to Minnesota to attend their training facility. Troy worked for Schwan’s for 27 years and most recently worked at Magna International in Newaygo.

Troy married Gabralene Michelle Longoria on August 17, 1993 at St. Anthony Catholic Church in Lakin, Kansas. Troy enjoyed TV shows, especially Jeopardy. He loved music, everything from Jazz, to the Who and the Beatles. Troy loved sports and was a big fan of the Kansas University basketball team as well as the Kansas City Chiefs football team. He let it be known that one of the greatest days in his life was when the Chiefs won the Super Bowl last year.

Troy was an artist and loved fishing and camping. Troy was a kind and loving husband and loved his family unconditionally. Above all Troy loved his grandchildren. His Faith guided his way and was an important part of his life. Troy was a member of the St. Michael’s Catholic Church in Brunswick.

He is preceded in death by his mother, Sandra Albert.

Local services are under the direction of the Peacock Family.
To order memorial trees or send flowers to the family in memory of Troy Alan Albert, please visit our flower store.