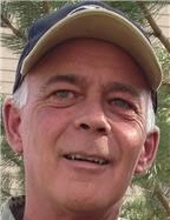 When love is great
There is no need for words...
For even in silence love is heard.
- R.W. Lawrence

On December 6th, 2020, Todd Edward Even passed away suddenly at Memorial Hospital as the result of a heart attack.

There, Todd started working at 14, both in his father's automotive garage and fuel station, and on the Eilts's family farm back in Ireton, Iowa, where he began his lifelong love-hate relationship with heavy machinery.

At his high school Homecoming of 1976 he met - and, in March of 1981, married - his lifelong love and partner, Tammy Emick. Together they would go on to have three children: Trevor, born in 1984, and now a Ph.D. in Human-Environment Interaction Ecology; Patrick, born in 1986, and now a crew chief and project manager at Even Preisser Incorporated; and in 1995, Victoria, an aviator and budding commercial pilot.

Over the years he would start several successful businesses in the landscaping and infrastructure contracting sector, and for the last 30 years has been the president of Even Preisser Incoporated.

Across hundreds of projects, big and small, and tens of thousands of laborious hours (mostly in the cabin of a track-hoe, where he always seemed most at home), he has left behind a legacy of perfectionism, professionalism, and trusted workmanship that has helped to shape no small part of the urban fabric of Colorado Springs and numerous other communities around the state.

A lover of water, fishing, and the great outdoors, he spent his rare off hours visiting lakes and reservoirs around the state. Thanks to his example, these passions for ingenuity, creativity, adventure, and the outdoors echo on in his children.

Through unfailing hard work, determination, and a language of love rooted in random acts of kindness, he leaves behind a legacy of practicality and generosity that his family will carry on in his name.

His story took many turns, and cannot be captured fully here; a man of few words but many deeds, he has shaped life in our community in innumerable subtle ways, both through his countless projects, and through the many lives he has guided and touched over the years. He will be deeply and truly missed.

There will be a graveside memorial service held for Todd at 10:00AM, May 28, 2021 at the Little Cedars Cemetery on the Emick Ranch.
To order memorial trees or send flowers to the family in memory of Todd Edward Even, please visit our flower store.