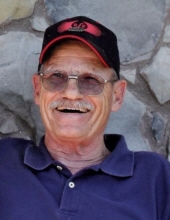 Ron Trumble
A celebration of life for longtime Lamar resident, Ron Trumble will be held at 10:00AM on Thursday, May 18, 2017 at the Peacock Family Chapel with Ian Blacker of the Lamar Christian Church officiating. Interment will follow at the Fairmount Cemetery with Full Military Honors under the auspices of the local VFW and American Legion Posts.

He is preceded in death by his parents and brothers, Ted and Donnie Trumble.

Ron is survived by his wife, Joann Trumble of the family home in Lamar; children, Mike (Samantha) Trumble of Wiley, Scott Trumble of Evans, CO, Kenny (Leslie) Trumble of Windsor, CO and Jill (Justin) Williams of Loveland, CO; grandchildren, Brandon, Paige T., Colin, Peighton, Paige L., Derrick, Brooklyn, Mackenzie, Kaylee, Jaycee and one on the way. He is also survived by his great-grandchildren, Pixie, Owen, Penni, Elliott and Oliver and his close friend Ulysses Riley, and a brother, Leon Trumble as well as numerous other family and a host of friends.

Services are under the direction of the Peacock Family.
To order memorial trees or send flowers to the family in memory of Ron G. Trumble, please visit our flower store.