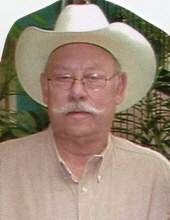 A memorial service for longtime Lamar resident, Ron B. Bair was held at 2:00PM on Friday, January 20, 2017 at the Peacock Family Chapel with Ian Blacker of the Lamar Christian Church officiating. A private family inurnment took place at Fairmount Cemetery prior to the chapel service.

Per Ron’s request cremation has taken place and there was no visitation.

He is preceded in death by his parents and one brother, Ted Bair.

Ron is survived by his wife, Bonnie Kay (Nelson) Bair of the family home in Lamar, three sons, Scott (Ava) Bair of Lamar, Steve Bair of Houston, TX and Jeff (Debbie) Bair of Arvada, CO, nine grandchildren and seven great-grandchildren. He is also survived by numerous other family and many friends.

Memorial contributions may be made to the charity of choice either direct or in care of the funeral home office.
To order memorial trees or send flowers to the family in memory of Ron B. Bair, please visit our flower store.