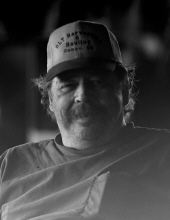 A memorial service for longtime Two Buttes, Colorado resident, Robert D. Keenan, affectionately known to his family and friends as Bob will be held at 2:00PM on Tuesday, January 26, 2021 at the Two Buttes Gymnasium with Terry Swanson officiating.

He is preceded in death by his mother, Phyllis Jane Keenan and his father, Robert Keenan.

Services are under the direction of the Peacock Family.
To order memorial trees or send flowers to the family in memory of Robert "Bob" Keenan, please visit our flower store.