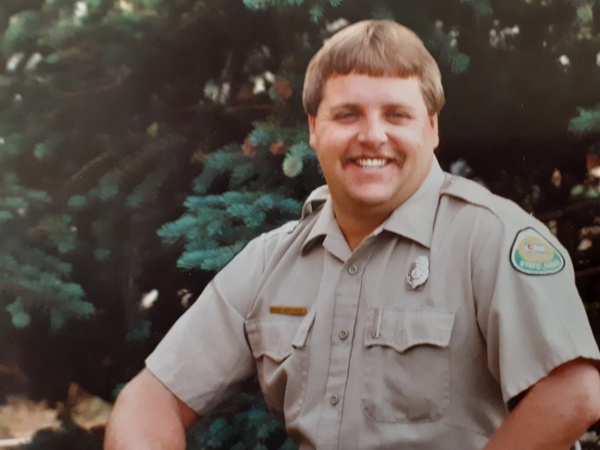 A celebration of life memorial service for longtime Lamar resident, Rick D. Gardner will be held at 11:00AM on Tuesday, August 30, 2022 at the Colorado Parks and Wildlife, Lamar Service Center located at 2500 S. Main St., Lamar, Colorado 81052.

Rick was born on October 25, 1965 at Estherville, Iowa to Larry Gardner and Sharon (Hargreaves) Gardner and passed away on July 29, 2022 at the Prowers Medical Center in Lamar at the age of 56.

When he was five, he moved to Alamosa, Colorado with his family, and attended school at Alamosa Schools and graduated in 1984. He attended Adams State College and graduated from Colorado State University, Ft. Collins with a degree in Wildlife Biology in 1989 – his lifelong interest. He worked as a ski instructor, and other jobs at various Colorado Ski resorts, then did seasonal work as a Park Ranger before becoming a full time Park Ranger for Colorado State Parks in 1992. He served as a Park Ranger at Golden Gate Canyon State Park; State Forest State Park and Trinidad Lake State Park, before transferring to become a District Wildlife Manager in the Lamar area in 2008 until his retirement in 2020.

He is preceded in death by his sister Pam Gardner.

Rick is survived by his father Larry Gardner of Alamosa, CO and his mother Sharon Gardner of Grand Junction, CO.

Memorial gifts may be made to the Tunnels of Tower, St. Jude’s Children’s Hospital and/or charity of one’s choice either direct or in care of the funeral home office.

To order memorial trees or send flowers to the family in memory of Rick Gardner, please visit our flower store.