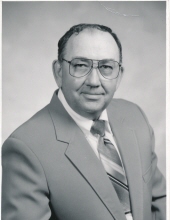 Richard “Dick” Scott
A celebration of life for longtime Towner resident, Richard Earl Scott affectionately known to his family and friends as Dick will be held at 2:00PM on Saturday, July 24, 2021 at the Plainview School Gymnasium at Sheridan Lake, Colorado with Ervin Churchwell officiating.

Per Dick’s request cremation will take place and there will be no visitation.

Dick was born on October 14, 1937 at Clifton, Colorado to Ronald O. and Doris S. (Grover) Scott and passed away on November 23, 2020 at the Greeley County Hospital in Tribune, Kansas with his family by his side at the age of 83.

Dick is survived by his wife, Sharon Scott of the family home in Towner, CO; three sons, Craig (Laurie) Scott of San Antonio, TX, Mark (Michelle) Scott of Winfield, KS and Tom Scott of Heston, KS; eight grandchildren and three great-grandsons. He is also survived by his sisters-in-law, Lorraine Scott of Iliff, CO and Eleanor Scott of Jewell, KS as well as numerous nieces, nephews, other family and many friends.

Memorial contributions may be made to the Eastern Kiowa County Alumni and/or charity of one’s choice either direct or in care of the funeral home office.

Services are under the direction of the Peacock Family.
To order memorial trees or send flowers to the family in memory of Richard E. "Dick" Scott, please visit our flower store.