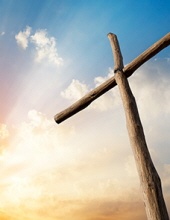 Richard D. Thompson
A celebration of life memorial service for longtime Lamar resident, Richard D. Thompson will be held at 10:00AM on Friday, April 26, 2019 at the Peacock Family Chapel with Pastor Paul Floyd and Pastor Paul Romero co-officiating. A private family inurnment will be held at a later date.
Per Richards request cremation will take place.
Richard was born on April 11, 1943 at Lamar, Colorado to Wallace R. and Helen E. (Faddis) Thompson and passed away on April 16, 2019 at his home in Lamar with his family by his side at the age of 76.
He is preceded in death by his daughter, Melanney Thompson-Avara, his parents and his brother, Gary Thompson.
Richard is survived by his wife, Lorene Thompson of the family home in Lamar; his son, Monty (Melissa) Thompson of Lamar; grandchildren, Jessica Mae (Billy) Strobel of Bethune, CO, Dalton (Savannah) Bray of Craig, CO and Garrett Thompson of Lamar. He is also survived by his great-grandchildren, Jamie Rae Strobel and Julia Jae Strobel of Bethune, CO and Inori Bray of Craig, CO and his brother, Bill Thompson of Pueblo, Colorado as well as numerous nephews, other family and a host of friends.
In lieu of flowers memorial contributions may be made to the Lamar Area Hospice and/or Lamar Animal Shelter either direct or in care of the funeral home office.
Services are under the direction of the Peacock Family.
To order memorial trees or send flowers to the family in memory of Richard D. Thompson, please visit our flower store.