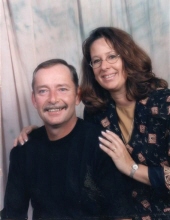 A celebration of life for longtime Lamar resident, Randy M. Foster, Sr., was held at 10:00AM on Thursday, February 23, 2017 at the Living Covenant Ministries in Lamar with Pastor Rick Beard officiating. Interment followed at the McClave Cemetery in McClave, Colorado.

Visitation for Randy was held on Wednesday, February 22, 2017 from 1:00PM until 7:00PM at the Peacock Family Chapel. Randy’s family will greet friends and family from 3:00PM until 5:00PM.

Randy was born on October 2, 1955 at Canon City, Colorado to Robert A. and Lela (Hemphill) Foster and passed away on February 16, 2017 at his home in Lamar with his family by his side at the age of 61.

He is preceded in death by his parents, maternal grandparents, Hattie and Malloy Hemphill and his siblings, Pat Nisewonger, Bob Foster and Steve Foster.

Randy is survived by his wife, Kathy Foster of the family home in Lamar, children, Randy (Amanda) Foster, Jr. of Thornton, CO, Maranda (Steve) Foster-Flower, Kassie (Quentin) Sitts and Angel (Ryan) Sneller all of Lamar and grandchildren, Meredith, Garrett, Derek, Danika, Aubree, Gavin, Austin, Courtney and Brendan. He is also survived by his siblings, Gary (Connie) Foster and Cheryl (Dennis) Cornish all of Canon City, CO, Joe (Coletta) Foster of Lamar and Suzie McGinnis of Pueblo, CO and his mom, Sylvia Zemmer of Lamar, as well as numerous nieces, nephews, other family and many friends.