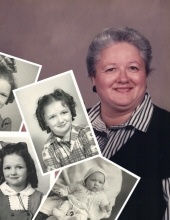 Peggy Louise Ragsdale Obituary
78 years old
Peggy Louise Ragsdale was born September 28, 1942, to William Roscoe and Wilma Jewell (Holt) Ragsdale near Goodson, Missouri in Polk County in the home of her Grandmother. She passed away October 26, 2020, in the Lamar Estates with Covid19 complications.
At seven months old Peggy’s family moved to Syracuse, Kansas, and then at the age of 2 the family moved to Granada where she attended first through third grades. The family made another move to Colorado Springs where she attended the local schools and graduated from Fountain-Fort Carson High School in 1960. She attended and graduated Blairs Business College in Colorado Springs and went on to Hardin-Simmons University in Texas. She received a Bachelor of Science Degree and a Texas teaching certificate in 1973.
When Peggy was 13 she made a public profession of her faith in Christ as her Savior, was baptized and joined the First Southern Baptist Church of Colorado Springs. She had a love for the Colorado Springs area and had fond memories of her many years there. Some of her favorite vacations were when she and her mother visited the Springs area.
Peggy lived and worked in several different states – Missouri, Kansas, Colorado, Texas and Washington. She moved back to the Lamar area to be near her mother, Jewell, and the Stulp cousins. She worked many years at Gibsons and then was one of the first employees of the Lamar Walmart where she worked until her retirement.
Peggy was preceded in death by her father Roscoe in 1966, and her mother Jewell in 2008. Peggy had no siblings, but enjoyed her cousins and often proudly said to them “You’re my family”. The 2nd and 3rd generation cousins called her “Aunt Peggy”. She is survived by many cousins in Missouri, California, and Colorado.
Peggy was a resident of Lamar Estates where she received very good care. Her family appreciates the caring staff who became her surrogate family during this Covid19 pandemic.
Internment will be in the “Sermon on the Mount” section of Memorial Gardens near her parents in Colorado Springs. There will be no public visitation and no public service at this time.
To order memorial trees or send flowers to the family in memory of Peggy L. Ragsdale, please visit our flower store.