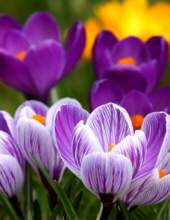 A celebration of life for former longtime Lamar resident, currently of Woodland Park, Colorado, Pat Spitzer was held at 10:00AM on Tuesday, March 14, 2017 at the Peacock Family Chapel with Ian Blacker of the Lamar Christian Church officiating. Interment followed at the McClave Cemetery in McClave, Colorado.

Pat was born March 16, 1938, in Lamar, Colorado, at a home at 211 West Chestnut, as the hospital was being remodeled. Her parents were Vannes Lawson Corbin and Opal Marie (Turpin) Corbin. Her grandparents were Roy and Margaret (Taylor) Turpin and Henry K. and Mary Ellen (Sell) Corbin.

Pat attended Columbine School through 7th grade, then attended Wiley Consolidated Schools from 8th thru 12th grades. After graduating from High School, she worked at the ASD Office in Lamar before her Freshmen year of college and between her Freshman and Sophomore years of college. While in High School she was the secretary for the grade school principle, Mr. Lyman, and she also helped Rev. West with the church bulletins at the Wiley Church of the Brethren. In college she worked for the Head of the Veterinary Anatomy Dept., Dr. Davis.

She attended Colorado A & M College in Fort Collins 1955- 1956. The name of the college was changed to Colorado State University while she was there in 1956-1957. She graduated from the Secretarial Training School at CSU in 1957 as an Honor Graduate.

On March 30, 1958, Pat married Clyde C. Spitzer at the Wiley Church of the Brethren. The officiating minister was Carl Beckweth. They lived in a basement apartment on South Grant Street in Denver-practically no kitchen, but a beautiful fireplace. They moved to a new apartment building on South Quivas Street after a few months. It had a garden-level apartment and electric security doors, etc. There was to be a swimming pool, but it wasn’t built until after they moved back to Wiley! They attended the Prince of Peace Church of the Brethren in Athmar Park.

Pat worked at the Office of Civil & Defense Mobilization while living in Denver until three weeks before Janell was born. Two weeks later they moved to a farm one mile west of Wiley so Clyde could farm. Their second daughter, Elizabeth was born in La Junta, while they lived on the farm at Wiley.

Four years after moving to Wiley they bought the Ernest Tempel farm, one and one-half miles west of Wiley on SH 196. Pat started working as a secretary at the Colorado Department of Highways on East Maple Street in Lamar on October 19, 1964. During the flood of 1965 she drove to the KLMR curve on her way to work. The water was across the road and bridge from Lamar to the curve, so she didn’t go to work. Late that day the river bridge was washed out, and it was three days before she could get back in to work by going over the old Prowers Bridge west of Lamar (the only bridge that hadn’t washed out). Eventually the office was moved to the National Guard Armory, where Pat worked until her retirement on February 28, 1998. She worked for CDOT for 33 years.

Pat attended the Clover Meadow Church of God with her parents (the church was originally started by her Great-grandfather W.T. Turpin, who was a minister). She transferred to the Wiley Church of the Brethren when she was in high school. Pat’s children and grandchildren were baptized at the First Christian Church.

Pat and Clyde moved to Lamar in September of 2010 to 111 Village Place, where Pat enjoyed walks on the path with her dog Charlie and watching the wildlife. In 2015 Pat and Clyde moved to Spanish Peaks Veterans Center where they lived together until Clyde’s passing. Pat then moved to Forest Ridge in Woodland Park. For the last three weeks of her life she came to live with Janell where she enjoyed the mountain views, sunshine and being surrounded by her family.

Pat especially enjoyed her entire family, and she loved to travel. She had been to all 50 states, as well as Canada, the Panama Canal and Mexico. She and Clyde had been to most of the Civil War Sites east of the Mississippi. They enjoyed traveling in their motor home with friends in the Good Sams RV Club. For their 50th anniversary they took a special passenger barge trip up the Cumberland, Tennessee and Ohio Rivers. In June of 2011 Pat traveled to Italy for a Grand Circle trip with Margaret Thompson. In June of 2012 Pat and Clyde traveled to Germany on a Great Rivers of Europe Cruise with Grand Circle. They took their granddaughter Erin with them and Janell traveled with them to keep an eye on everybody.

Pat passed away late in the evening on March 8, 2017 surrounded by family.

Memorial contributions for Pat may be made to the Abode Hospice in Colorado Springs, Colorado either direct or in care of the funeral home office.

Services are under the direction of the Peacock Family.
To order memorial trees or send flowers to the family in memory of Pat Spitzer, please visit our flower store.