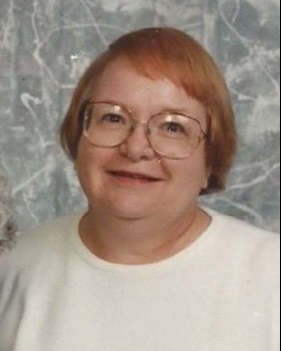 A Memorial Celebration for Lamar resident, Pamela L. Jones will be held at 11:00 AM on Monday, October 24, 2022 at the Peacock Family Chapel with Pastor Mike Schneider officiating.

Pamela, or “Pam at Radio Shack” as she was affectionately known to her family and friends passed away at Prowers Medical Center on October 15, 2022 at the age of 78.

Born in Windsor, Ontario, Canada, on September 10, 1944, Pam Jones grew up in inner-city Detroit. There, she hung out with the neighborhood kids, ate Mrs. DiNatale's authentic Italian lasagna, and learned to speak Polish. She spent summers with lots of cousins at her grandparents' cottage on the shores of Lake Erie in Ontario. The kids would catch, cook and eat fish on the beach.

She did well in all her subjects in high school, especially bookkeeping and secretary classes. She could type 60 words a minute and carry on a conversation. When she graduated, she found a job as a bookkeeper.

One evening, she met a handsome airman at a military dance. That changed everything. They married, and she moved across the country with him to rural Montana, where not everyone had T.V, and outhouses were the second bathroom. There, she learned how to ride a horse and care for farm animals. Her mother-in-law taught her how to cook, ensuring she could make all her husband's favorite dishes.

Soon after, they moved to the Denver area so her husband could find a better job. Suzanne was born there.

The following year, they came to Lamar for Jack's job at AT&T, and that's where they stayed. She embraced the community. When the John Cougar Mellencamp about small towns came out, it was her favorite. Debbie, Cindy, and David were all born in this small town.

After a few years, Jack started a T.V. repair shop in a rented garage. She kept the books and manned the office. A few years after that, they moved the business into downtown and added a Radio Shack franchise. The business moved once more before Jack and Pam constructed the building at 509 E. Olive, where Radio Shack still sits today. Pam Jones is such a common name some people just referred to her as "Pam at Radio Shack.". . . Also, somewhere along the way, she picked up the nickname "Pammy-Sue" among close family and friends, even though her middle name wasn't Sue.

In the early days, she performed microwave oven demonstrations, because they were new and expensive. She would bake a cake in only a few minutes, to everyone's amazement. She joined the C.B. radio craze, knowing the "handles" of everyone around town. Then came computers and cell phones.

She did all the mom things as the kids grew up. She volunteered as a Vacation Bible School teacher a few summers and became a Cub Scout leader. There were "Blue and Gold" banquets and Pinewood Derbies. Little friends and then teenaged friends came and went from the house.

She was a Broncos fan, claiming all the players with the last name Jones were related to her. It didn't matter that none of them looked anything like her.

And then there were grandkids. She learned which Beanie Babies were best and how to spot an awesome Harry Potter Lego set.

Nine years ago, the whole family got together for a fiftieth-anniversary celebration. By then, all the grandkids were in college.

Until her passing, Pam continued to work with Jack at the Radio Shack store, where people would come in and know her name. Lamar was her small town.

She is preceded in death by her brother Richard Peterson.

Mrs. Jones is survived by her husband of 59 years Jack Jones of the family home in Lamar. Her children; Suzanne (Bruce) Norquist of Grants, NM, Deborah (Stephen) Claypool of Minneapolis, MN, Cindy Jones of Lamar and David Jones of Georgia. Also surviving are her grandchildren; Lawrence Norquist, Caitlin Norquist, Johnathon “Jake” Claypool and Duncan Claypool as well as her sister Joy (Clarence) Waud of Canada.

Memorial Contributions may be made to the “No One Should Die Alone Foundation” direct or at the Prowers Medical Center or through the funeral home office.

To order memorial trees or send flowers to the family in memory of Pamela "Pam" Jones, please visit our flower store.