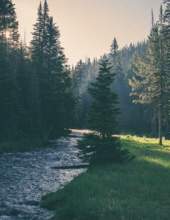 Per Noah’s request cremation will take place and there will be no visitation.

Noah was born on May 20, 1970 at Amarillo, Texas to Patrick J. and Ruby Fay (Campbell) Leonard and passed away on August 4, 2017 at Memorial Hospital in Colorado Springs, Colorado at the age of 47.

Noah is survived by his daughter, Amanda P. Archuleta, grandchildren, Aiden, Emery, Kyrian and Kaileb, his parents, Pat and Ruby Leonard all of Lamar, his brother Jeff Leonard of Springfield as well as numerous other relatives and a host of friends.

Memorial contributions may be made to the Lamar Area Hospice and/or Lamar Christian Church either direct or in care of the funeral home office.
To order memorial trees or send flowers to the family in memory of Noah Ray Leonard, please visit our flower store.