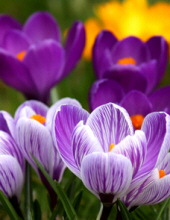 A celebration of life for longtime Lamar, Colorado resident, Mitzi K. Robinson will be held at 2:00PM on Monday, December 4, 2017 at the Peacock Funeral Home with Pastor Paul Floyd officiating.

Per Mitzi’s request cremation will take place and there will be no visitation.

Mitzi was born on November 10, 1938 at Manzanola, Colorado to George Russell and Dorothy Helen (Rowland) Wadsworth and passed away on November 21, 2017 at her home in Lamar at the age of 79.

Memorial contributions may be made to the Lamar Area Hospice and/or Lamar Animal Shelter either direct or in care of the funeral home office.

Services are under the direction of the Peacock Family.
To order memorial trees or send flowers to the family in memory of Mitzi Kay Robinson, please visit our flower store.