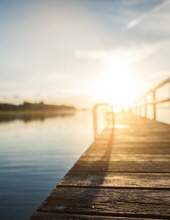 Per Mike’s request cremation will take place and there will be no visitation.

Mike was born on December 9, 1951 at Powell, Wyoming to Howard and Donna (Gillette) Harris and passed away on October 8, 2017 at his home in Wiley with his family by his side at the age of 65.

Memorial contributions may be made to the St. Jude Children’s Hospital either direct or in care of the funeral home office.
To order memorial trees or send flowers to the family in memory of Mike Harris, Sr., please visit our flower store.