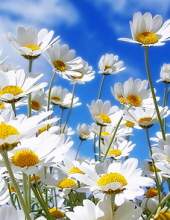 A celebration of life for longtime Lamar resident, Maxine Harper was held at 10:00AM on Friday, February 24, 2017 at the Peacock Family Chapel with Bon May officiating. Interment followed at Fairmount Cemetery.

Maxine was born on January 29, 1927 at Kansas City, Missouri to Joseph Buchannan and Hazel D. (Smith) Northcutt and passed away on February 16, 2017 at her home in Lamar with her family by her side at the age of 90.

Services are under the direction of the Peacock Family.
To order memorial trees or send flowers to the family in memory of Maxine Harper, please visit our flower store.