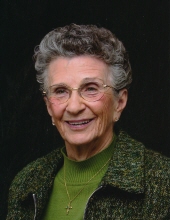 Visitation for Mary Louise will be held on Thursday, October 18, 2018 from 3:00PM until 6:00PM at the Peacock Family Chapel.

She is preceded in death by her husband, Max B. Huddleston; sons, Richard and Douglas Huddleston, two brothers, George Black and Lon Black and her sister-in-law, Jo Black.

Memorial contributions may be made to the Lamar Area Hospice and/or the Legacy either direct or in care of the funeral home office.

Services are under the direction of the Peacock Family.
To order memorial trees or send flowers to the family in memory of Mary Louise Huddleston, please visit our flower store.