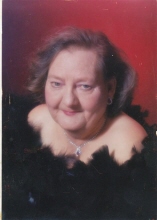 Mary I. McMillan
Memorial Services for longtime Lamar resident, Mary I. McMillan was held at 10:00AM on Monday, November 30, 2015 at the Peacock Family Chapel with Pastor Mark Viar of the Lamar Redeeming Love Church. Interment followed at the Hillside Cemetery in Granada, Colorado.
Per Mary’s request cremation has taken place and there will be no public viewing.
Mrs. McMillan was born on February 1, 1936 at Pleasanton, Kansas to Oscar and Clara (Culbertson) McCulley and passed away on November 25, 2015 at the Holly Nursing Care Center at the age of 79.
She is preceded in death by her husband Lester McMillan; grandchildren, Barry Churchill, Dylan McMillan, Ryan Patterson, Cynthia Foulk and Lita Ponce.
Mary is survived by her daughters; Bonnie (Thomas) Reece of Lamar; Betty (Robert) Patterson of Lamar; Terry McMillan and Carol McMillan both of Goodland, KS; Cindy (Omar) Hernandez of Denver and Kathy (Scott) McDonald of Holly; her sons, John (Kaye) McMillan of Granada; Clifford McMillan of Granada and Scotty Dale (Brittney) McMillan of Lamar; thirty-five grandchildren;  forty-nine great-grandchildren and one great-great-grandson. She is also survived by her siblings, Ray, Rex, Roy, Pete, Kay and Fay as well as a host of nieces and nephews.
Memorial contributions may be made to the Lamar Area Hospice either direct or in care of the funeral home office.
To order memorial trees or send flowers to the family in memory of Mary I. McMillan, please visit our flower store.