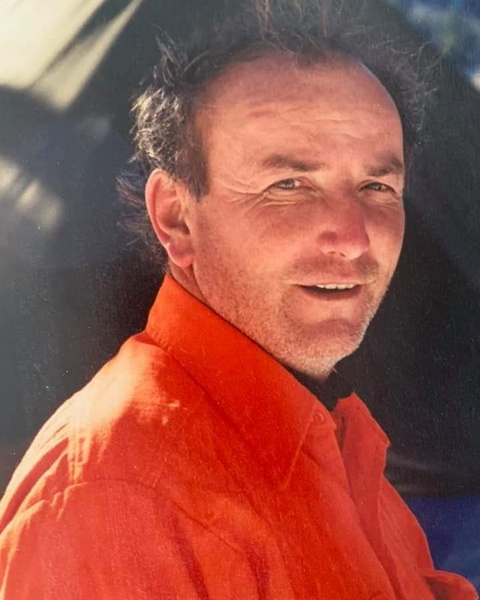 A memorial service for longtime Lamar resident, Mark Joseph Dobrovolny will be held at the Peacock Family Chapel at 1:00PM on Monday, October 17, 2022 with Pastor Paul Floyd of the High Plains Fellowship Church officiating. A memorial service will be held at 1:00PM (CST) on Saturday, October 22, 2022 at the Bethlehem Lutheran Church in Ross, North Dakota. Inurnment will take place at the Bohemian Cemetery in rural Ross, North Dakota, at a later date.

Mark was born on August 21, 1955 at Stanley, North Dakota to Joseph and Ruth (Dalhaug) Dobrovolny and passed away peacefully at his home in Lamar, Colorado on October 8, 2022 after a long health battle at the age of 67.

Mark was born the fourth of five children. He enjoyed his childhood growing up in Ross, North Dakota. Mark was married to Kathy Paulson on June 16, 1976 in Stanley, North Dakota. Mark and Kathy had three children, Michael, Nathan and Karmyn. They resided in Tioga, North Dakota, where Mark worked in the oil field. Like many others the oil patch never left Mark’s veins.

In 1993 Mark moved to Lamar, Colorado where he was employed at Prowers Medical Center. He was employed by PMC for 27 years and truly enjoyed his job.

In 1997, Mark met Christy Davis and they were married on August 11, 2001 in Cuchara, Colorado. They continued to make their home in Lamar until Mark’s passing. Mark had a large family, who loved him dearly.

He is preceded in death by his parents Joseph and Ruth Dobrovolny as well as his step-mother Charlotte Dobrovolny and granddaughter Maren Dobrovolny.

Mark loved the great outdoors; fishing and hunting were his true passions. He talked fondly of his youth in Ross, where he was able to walk out the front door with his .22 rifle and hunt gophers. He had countless stories of hunting and fishing trips. His favorite places in the world were the Rocky Mountains in southern Colorado and Lake Sakakawea in North Dakota.

Mark’s family would like to express their thanks to all of his friends, family, doctors and medical support staff who have helped him with his health battles over the last several years. The support has been greatly appreciated.

Memorial contributions may be made to the American Liver Foundation either direct or in care of the funeral home office.

To order memorial trees or send flowers to the family in memory of Mark Dobrovolny, please visit our flower store.