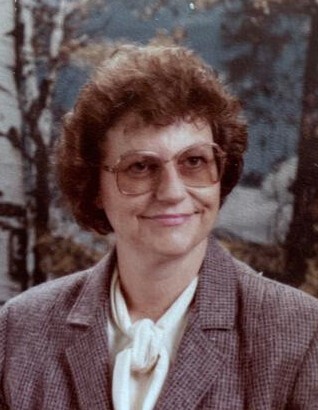 A celebration of life for longtime Lamar resident, Nellie Marie Ellenberger, affectionately known to her family and friends as Marie, will be held at 10:00AM on Friday, May 20, 2022 at the Peacock Family Chapel. A private family interment will follow at the Wiley Cemetery.

Per Marie’s request there will be no visitation.

Marie was born on November 13, 1934 at Florence, Alabama to Arthur and Genevieve (Schroeder) Oakes and passed away on May 6, 2022 at the Weisbrod Memorial Hospital at the age of 87.

Marie Oakes came to Lamar from Michigan in the summer of 1956 to begin her teaching career at the Washington Elementary School. She lived in the basement apartment of Mr. & Mrs. Ray Gilbert, at 310 West Cedar.

Having met D.J. Ellenberger in late September, and courting through that winter, the couple married on April 22, 1957. This was Spring Break for Marie, and before field work began for Jim. A week long honeymoon included, Colorado Springs, Denver, Glenwood Springs, Mesa Verde, Monte Vista, and then home to an apartment on 8th St. They lived there, across the drive from Jo and John Swenson, until July. By then the farmhouse that had been occupied by Lyle and Peggy McGrath, was ready for them to occupy.

Marie and Jim had 6 children. This large family demanded much of Marie’s time and energy, which she gladly gave as the children provided great purpose and happiness to her life. She often reminisced about those early days and declared them the happiest times of her life. She was proud of each child’s accomplishments, and encouraged the growth of individual talents.

While raising her family, Marie did some substitute teaching, served as a precinct chairwoman for eight years, was president of the church women’s group for two years, and taught Sunday School for ten years. She nurtured the children through 4-H, band, cheerleading, gymnastics, cross-country, basketball, and swimming. They, in turn, rewarded her with their accolades and scholarships, and by their personal achievements as adult citizen in whom their parents were exceedingly proud.

Marie taught twenty-two years in the Lamar School District. Eighteen of those years were spent at Alta Vista School. She was a member of the International Reading Association and Kappa Delta Pi Educational Fraternity. The Lamar School District Board of Education honored her with two Service Commendations and a profile of her accomplishments was listed in the 1992 edition of Who’s Who Among America’s Teachers.

She enjoyed reading educational, philosophical, religious, and psychological works as well as keeping up with technological and medical advances in the world. Marie hopes to be remembered as a mother and a learner on this journey through life.

In 1997, a short story Maria wrote was included in a book of stories about Plainswomen entitled “Leaning Into the Wind.” Marie was privileged to be asked to read her story and sign books at The Tattered Cover Bookstore in Cherry Creek. About 15 of the contributors attended this party.

In 2021, an actress and storyteller named Pippa White contacted the family about Marie’s story. Pippa performs stories about women across the country. She paid Marie to use her story from “Leaning Into the Wind” in her performance about women.

To order memorial trees or send flowers to the family in memory of Marie Ellenberger, please visit our flower store.