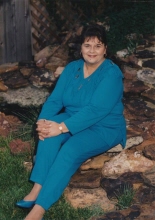 A memorial service for longtime Lamar resident, Margaret Ann Williams, affectionately known as Margi to her family and friends will be held at a later date.

Per Margi’s request cremation will take place and there will be no visitation.

Margi was born on September 10, 1938 at Lamar, Colorado to Henry May and Mary A. Dashner and passed away on November 12, 2015 at the Select Specialty Hospital in Colorado Springs, CO at the age of 77.

Margi is survived by her children, Lanny (Anita) Williams of Wiley and Lana (Dallas) Hart of New Braunfels, TX; grandchildren, Riley Williams; Courtney Williams; Michael Hart and Eric Hart. She is also survived by her brother, Keith May and sisters, Shawn Herron and Lisa Hasser as well as numerous nieces, nephews, other family and friends.

Memorial contributions may be made to the Last Chance Animal Rescue either direct or in care of the funeral home office.
To order memorial trees or send flowers to the family in memory of Margaret Williams, please visit our flower store.