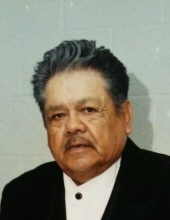 A celebration of life memorial service for longtime Lamar resident, Marcelo O. Medina will be held at 10:00 AM Saturday March 31, 2018 at the Peacock Family Chapel in Lamar. Burial will follow in the Hillside Cemetery in Granada.

Per Marcelo’s request cremation has taken place and there will be no public visitation.

Marcelo was born on January 31, 1934 in Granada, CO to Luz Medina and Gerarda Ortega-Medina and departed this life on Thursday March 1, 2018 at the Memorial Hospital in Colorado Springs, CO at the age of 84.

Marcelo was preceded in death by his parents; by his wife Jennie Medina; by a daughter Linda Medina; and by two sons – Nachie Medina and Maguin Joe Besse.

Marcelo is survived by his children – Peggy (Dennis) Cummins of Denver; Mary “Kat” (Dennis) Montoya of Lamar; Art Medina of Garden City, KS; Pat Flores of Fountain, CO; Al Medina of Colorado Springs; and Kristina (Albert) Archuleta of Fountain, CO; by 14 grandchildren; 12 great grandchildren; and by two siblings – Martina Pena and Paul Ray Medina both of Granada as well as numerous nieces, nephews, cousins, other relatives and a host of friends.

Those desiring may make memorial contributions to the Marcelo Medina Memorial Fund in care of the Peacock Funeral Home.
To order memorial trees or send flowers to the family in memory of Marcelo O Medina, please visit our flower store.