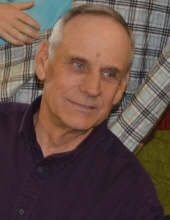 Lyle Dean Specht
A celebration of life for lifelong Brandon and Sheridan Lake resident, Lyle Specht will be held at 10:30AM on Thursday, September 21, 2017 at the Sheridan Lake Bible Church. Interment will follow at the Brandon Cemetery.

Visitation for Lyle will be held from 4:00PM until 7:00PM on Wednesday, September 20, 2017 at the Peacock Family Chapel.