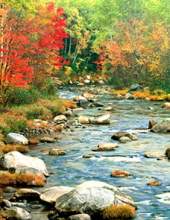 Lois L. Butler
A memorial service for longtime Lamar resident, Lois L. Butler will be held at 10:00AM on Monday, December 11, 2017 at the Peacock Family Chapel with Pastor Paul Floyd of the High Plains Fellowship officiating.

Per Lois’ request cremation will take place and there will be no visitation.

Christmas day, 1922, in Cherokee, Iowa, Lois Lorraine Libolt was born to James and Cecil Libolt. She was the eighth of nine children. Lois spent a lot of her childhood on the family homestead in Iowa, and taught of this loving home often in the months before her passing on December 3, 2017 at the age of 95.

When Lois grew up, she met and married William Theodore Babcock, and planned on having a large family and raising her children in a happy warm loving home, just as she had experienced as a child. However, when her youngest was only two, tragedy struck. Her beloved Ted was in an automobile accident, and left her with five little children to raise on her own.

During her marriage to Bill Butler, she traveled a lot. She lived in Oklahoma, Colorado and then finally settled in Wichita, Kansas where Lois got a job working at St. Francis Hospital as a CNA on the Pediatrics Ward. Lois was a devoted worker, becoming a very vital part of some these kids’ lives. There were several children that were born in that hospital, and spent 90% of their life on that ward. She was not only a comfort for these children, but she was a grandma to them as well.

When Lois retired, she was a typical “snow bird” spending her winters in Weslaco,
Texas, and dividing her summers up by going to stay with her children and various relatives. When she got too old to do this anymore, she moved in and settled down with her oldest daughter, Dene Ward. Dene Ward is a CNA, like her mother was, a caregiver, and that is what Dene did for Lois for the last several years.

When Lois’ dementia got too severe for her to be left alone, Dene decided to retire, and move in with her sister and family, so Dene could provide 24/7 care for Lois. This was a blessing and relief for not only Lois, but all of the family members. Lois had excellent care with Dene through Hospice care.

She is preceded in death by her both of her husbands, William Theodor Babcock and William Anthony Butler, two children, George Babcock and Marilois Stisher, her parents, four sisters, three brothers, her son-in-law, Mike Ward and her granddaughter, Davi Mae Jones.

Services are under the direction of the Peacock Family.
To order memorial trees or send flowers to the family in memory of Lois Lorraine Butler, please visit our flower store.