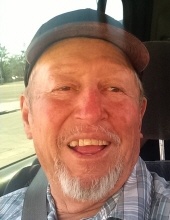 Lesardo was born on September 29, 1944 at San Miguel County, New Mexico to Hilario and Corina (Sena) Martinez, Jr. and passed away on July 11, 2017 at the Sangre De Cristo Hospice in Pueblo, Colorado at the age of 72.

He is preceded in death by two sons – Hilario Martinez and Lee Martinez, Jr., his parents, sister, Teresa Segura and brother Florencio Martinez.

Lesardo is survived by his wife, Corina Martinez of the family home in Granada, children, Susan Martinez of LA, LeAnn (Keith) Ruck of Grand Junction, Priscilla Martinez of Pueblo, Jesse Martinez of Lamar, Valerie (Shelton Chu) Martinez-Jordan of LA, Abram (Teresa) Martinez of Colorado Springs, Nestor Castro of Lamar, and Juan Morales of Pueblo, by 13 grandchildren and nine great-grandchildren, sisters, Olympia Romero of Lamar and Florida (Alan) Rue of Port Ludlow, Washington as well as numerous nieces, nephews, other family and many friends.

Memorial contributions may be made to the Lesardo Martinez Memorial Fund in care of the funeral home office.
To order memorial trees or send flowers to the family in memory of Lesardo "Lee" Martinez, please visit our flower store.