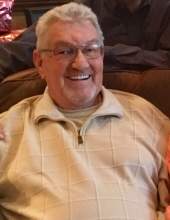 
A graveside service for Pueblo resident, LeRoy Preston McCorkle will be held at 1:00 PM Friday December 8, 2017 at the Fairmount Cemetery in Lamar with Ian Blacker of the Lamar Christian Church officiating.

Per LeRoy’s request cremation has taken place and there will be no public visitation.

LeRoy was born on July 23, 1945 in Lamar, CO to Albert and Alma Lou (Buck) McCorkle and departed this life on Saturday December 2, 2017 at the Sangre de Cristo Hospice House in Pueblo at the age of 72.

When LeRoy was in the second grade he and his family moved out to Wiley, CO where he attended school and graduated. He worked on a farm and said he was a “Plowboy, not a Cowboy.” In 1964 he moved back to Lamar and worked at a Phillips 66 Station. He worked as a mechanic, in the oil fields, as a truck driver, and was a manager at Big R in Trinidad. He retired from XTO in 2012 and moved to Pueblo, CO with his wife Betty. He was also an avid Rockies and Bronco Fan, he loved to golf and to spend time with his family.

LeRoy was preceded in death by his parents; and one son Travis McCorkle.

The family respectfully requests that in lieu of flowers, memorial contributions be made to the Sangre de Cristo Hospice either directly to 1207 Pueblo Blvd Way; Pueblo, CO 81005 or through the funeral home office.
To order memorial trees or send flowers to the family in memory of LeRoy Preston McCorkle, please visit our flower store.