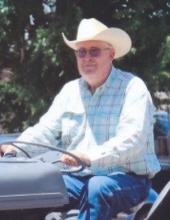 A celebration of life for longtime Lamar, Colorado resident Leroy C. Brase will be held at 10:00AM on Friday, April 29, 2022 at the Lamar Christian Church with Ian Blacker officiating. Interment will follow at the Fairmount Cemetery.

On August 15, 1964, Leroy was united in marriage to Judy Weimer Brase and to the union two sons, Jeff and Scott, were born.

In 1972, the Brase family returned to southeastern Colorado and to the May Valley community to make their home to work on the family farm while working for First National Bank. He later went to work for Lamar Community College as the farm ranch management coordinator and instructor. Upon retirement from LCC he took a position as farm manager for Tri-State Generation and Transmission until his retirement from that position in 2019.

Leroy departed this life on April 23, 2022 at the Penrose Hospital in Colorado Springs, Colorado at the age of 77 with family by his side.

Leroy is preceded in death by his wife Judy Brase and his parents Melvin and Vivian Brase.