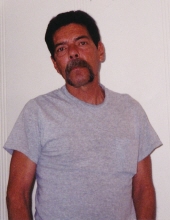 Leo Emery Moreno
A celebration of life for longtime Lamar resident, Leo E. Moreno will be held at 10:30AM on Saturday, February 16, 2019 at the Lamar Christian Church with Ian Blacker officiating.

Per Leo’s request cremation will take place and there will be no visitation.

Leo was born on January 21, 1954 at La Junta, Colorado to Horace and Lucy (Baca) Moreno and passed away on February 11, 2019 at the Parkview Medical Center in Pueblo, Colorado with his family by his side at the age of 65.

He is preceded in death by his parents, Horace and Lucy Moreno and his grandson, Isaac Moreno.

Memorial contributions may be made to the Leo E. Moreno Memorial Fund either direct or in care of the funeral home office.

Services are under the direction of the Peacock Family.
To order memorial trees or send flowers to the family in memory of Leo Emery Moreno, please visit our flower store.