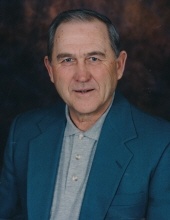 Larry Jo Pearson 83 of Lamar, Colorado passed away November 5, 2020 at his home surrounded by his loved ones. He was husband to Dixie Jo Pearson of Lamar, Colorado.
Born August 27, 1937 in the small town of Clyde, Kansas he was the son of Joe and Edna Pearson. Larry’s parents were both survivors of the Depression Era and they would raise Larry to have a strong faith, to know the importance of family, to be a hard worker, and to be tough as nails. Larry did not have a lot growing up, but what he lacked in material possessions he made up ten-fold with the things he did have. The blessings he had were a house filled with love, strong family bonds, faith, growing up in the country and along the banks of the Republican River, and the belief that dreams can come true. Larry’s childhood was filled with adventures that most little boys can only dream of. Larry graduated from Clyde High School in 1955 and would go onto attend college at Kansas Wesleyan University in Salina, Kansas. It was during his senior year that he crossed paths with the incoming freshman Dixie Larson. Dixie would be the one to steal his heart and it would be the beginning of their story together that would last sixty wonderful years. Larry and Dixie wasted no time in getting married. They were wed in August of 1959. Soon after they packed their bags and headed for Chicago, Illinois where Larry began his studies to become a minister. It was during this time Larry realized his true calling in life which was to work with the youth in the education field. At the end of their first year in Chicago they headed to the town of Brighton, Colorado where they would live with Dixie’s parents while Larry went to school at the University of Northern Colorado where he received his Master’s, in Education Administration. Larry was soon hired to be a Social Studies teacher at Lamar High School. It was at this time that Larry and Dixie would begin a new chapter of their lives in the small town of Lamar and they would quickly grow to love the community and people within this town. Larry would go on to serve 32 years in the school district most kids and adults knew him as the Lamar Middle School assistant principal. Once Larry established himself with his education career it was time for him to go after his boyhood dream of owning his own land and farms. Larry accomplished this in 1979 when he and Dixie purchased their first farm north of Lamar. He was proud of his farms and he was grateful for the opportunity to own his own land. It was his dream come true.
Larry was many things in the community of Lamar. He was a dedicated member of the Methodist Church for most of his life. Serving the church and the Lord in whatever ways he could help to spread the Lord’s message. Larry also served on Lamar’s Board of Education for two terms to help Lamar Schools be the best they could be for the students who attended the schools. In his later years he enjoyed spending time volunteering at the Lamar Welcome center visiting with people traveling through and sharing with them all the great things to know about Lamar.
Larry learned at a young age that a person did not need a lot to live a great life and to leave an impact on the people around you. Throughout his 55 years in Lamar and throughout his life Larry did just that whether you knew him as a student going through the school system, a co-worker who worked with him, a person in the community who would see him at the Savage football or basketball games, Larry, loved this town of Lamar and the community. Larry enjoyed hunting, fishing, gardening, farming, reading, growing his faith, traveling, playing cards, and playing and watching sports. Most of all though Larry enjoyed being a family man. His greatest titles in life were Son to Joe and Edna, Husband to Dixie, Father to Saralynn, Marc, Renee, and Jill, and Grandpa to his 14 grandchildren and 5 great grandchildren. There are some people who bring a light so great to the world that even after they are gone the light remains. Larry Pearson our Dad had this impact on many and his light will stay bright for a long time to come. Our family would like to invite anyone who had the opportunity to know Larry to join us for his Celebration of Life on February 20th at 11:00 a.m. at the Elks Club located at 28157 US-287 in Lamar, Colorado. The service will begin at 11:00 to be followed by a taco buffet and time to visit with friends and family immediately afterwards. For those who are unable to make it but would like to watch the service we will have a live feed on Facebook and a zoom link to view it. We look forward to celebrating Larry with all his family, friends, and acquaintances.

Donations may be made to Lamar Area Hospice or Lamar City Animal Shelter
To order memorial trees or send flowers to the family in memory of Larry Jo Pearson , please visit our flower store.