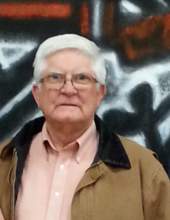 
A service of celebration for longtime Lamar resident, Larry D. Eberhardt, will be held at 10:30 AM Friday October 27, 2017 at the Lamar First Baptist Church with Pastor Darren Stroh officiating. Burial will follow in the Fairmount Cemetery in Lamar under the auspices of the Lamar Masonic Lodge #90.

Larry was born on July 25, 1945 in Watonga, OK to Earl and Maurice Dickens-Eberhardt and departed this life on Sunday October 22, 2017 at his home in Lamar with his family by his side at the age of 72.

Larry was preceded in death by his parents; by one brother-Roy Eberhardt; by one grandson-Tanner Eberhardt; and one nephew-Robert Eberhardt.

Larry is survived by his wife Sondra Eberhardt of the family home in Lamar; two sons – Troy (Lynn) Eberhardt of Lamar and Todd (Stephanie) Eberhardt of Mead, CO; by four grandchildren – Tyler, Alexis, Summer, and Colton; by one great granddaughter – Eliana Simmons; by his sister-Dorothy Merlo (Bob DeWitt) of Colorado Springs; and two brothers-Marion (Larneda) Eberhardt of Washington and Dennis Eberhardt of Oklahoma as well as by numerous other relatives and many friends.

Those desiring may make memorial contributions to the Lamar Area Hospice either direct or in care of the funeral home office.
To order memorial trees or send flowers to the family in memory of Larry Don Eberhardt, please visit our flower store.