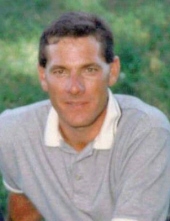 Kenneth Dale Alexander
A celebration of life memorial service for lifelong Lamar resident, Kenneth D. Alexander affectionately known as Kenny, will be held at 10:00AM on Saturday, February 8, 2020 at the Lamar Christian Church with Ian Blacker officiating.
Kenny was born on June 17, 1961 at Lamar, Colorado to Arthur (Bud) and Donna (McKim) Alexander and passed away on January 28, 2020 at the Pikes Peak Hospice in Colorado Springs, Colorado at the age of 58.
Kenny was a star athlete in high school, exceling in Wrestling. He enjoyed being part of a team while striving for individual achievement in his weight class. His wins on the mat were a highlight of his school years. Kenny graduated from Lamar High School in 1979. Shortly afterwards he married Jan Albin in 1980. Together they had three sons: Derek, Justin, and Jason.

Kenny worked in a variety of careers in Lamar. He was an insurance salesman, co-owned a construction business with his brother, Curtis, and later he and Jan purchased the family business, Albin Radio & TV. Lastly, he worked at the Port of Entry and transferred to Fort Collins in 2013. His family joined him in 2014.

Kenny loved to fish, camp, and play golf. He enjoyed many trips to Creede to fish and camp with family and friends. He was fond of fishing local spots as well. The annual “guys only” fishing trip was a highlight each year. Kenny was an avid golfer and could be found on the golf course most summer weekends.

Kenny enjoyed watching his sons play sports. He coached various youth-sport teams which included the boys. He was proud of his sons and their accomplishments.

Kenny is survived by his three sons, Derek Alexander of Lamar, CO, Justin (Laurie) Alexander and Jason Alexander both of Fort Collins, CO; his parents, Bud and Donna Alexander; his wife, Jan Alexander, and his siblings, Curtis (Diane) Alexander of Greeley, CO, Jackie (Terry) Warman, Sandra (Randy) Sniff and Jayme (Dennis Hiner) Alexander all of Lamar. He is also survived by numerous nieces, nephews, other family and a host of friends including his lifelong friend Rick Robinson.

Services are under the direction of the Peacock Family.
To order memorial trees or send flowers to the family in memory of Kenny D. Alexander , please visit our flower store.