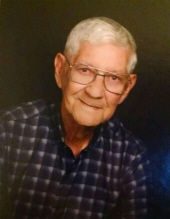 A memorial service for longtime Lamar resident, Kenneth W. Tyner was held at 2:00PM on Saturday, November 14, 2015 at the Lamar Christian Church with Ian Blacker officiating. A private family inurnment was held at Hillside Cemetery in Granada.

Per Kenneth’s request cremation has taken place and there will be no visitation.

Kenneth was born on November 5, 1929 at Granada, Colorado to Frazier and Mabel (Dodge) Tyner and passed away on November 9, 2015 at his home in Lamar with his family by his side at the age of 86.

He is preceded in death by his parents; daughter, Tamara Ann Tyner and thirteen siblings.

Kenneth is survived by his wife, DeAnne J. Tyner of the family home in Lamar; children, Taryn Tyner-Sponberg of Ft. Collins, CO; Jana (Monty) Tyner-Coen of Lamar and Jodi Tyner-Malterud of Loveland, CO. He is also survived by his six grandchildren, Braden, Sierra, Lexi, Laci, Makale and Shaylee as well as numerous nieces, nephews, other family and friends.

Memorial contributions may be made to the Lamar Area Hospice either direct or in care of the funeral home office.
To order memorial trees or send flowers to the family in memory of Kenneth W. Tyner, please visit our flower store.