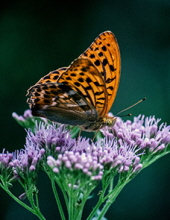 Judith A. Dewbre
A celebration of life memorial service for longtime Lamar resident, Judith A. Dewbre will be held at 10:00AM on Monday, April 23, 2018 at the Lamar United Methodist Church with Reverend Kristina Walker of the Lamar United Methodist Church and Reverend Kathy Leathers of the Bristol/Granada Methodist Church co-officiating. Inurnment will follow at Fairmount Cemetery in Lamar.
Visitation for Judith will be held on Wednesday, April 18, 2018 from 4:00PM until 7:00PM at the Peacock Family Chapel.
Judith Anne Dewbre was born to Ralph O’Rear and Mildred Maxine (Reece) Farmer on January 25, 1943 and departed this life on Sunday, April 15, 2018. She was the middle of three girls born to Ralph and Maxine. Nancy was her older sister and Kathy her youngest sister. As a child, Judy attended Tyrone Public Schools and graduated from Tyrone High School in the spring of 1961. It was the summer of 1961 that she met Roy Neal Dewbre. Roy always joked about how his mom sent him to live with his brother T.O. and his wife Ruby so they could “straighten him out”. T.O. was Judy’s school superintendent and Ruby was her English Teacher. The first time Roy ever saw Judy, she was standing in a local Tyrone convenience store. The two also became acquainted with each other at a United Methodist Church Social. From that point on, they were inseparable. She attended Oklahoma City University her first year of college in the fall of 1961 and after many costly bus rides back and forth to Southwest Oklahoma State Teachers College, she decided to transfer there to be with Roy. Roy and Judy were married in the United Methodist Church in Tyrone, Oklahoma on September 6, 1964. They returned to college at Southwestern and finished their bachelor’s degrees in 1965. They accepted teaching positions with the Lamar School District and soon moved to teach in Lamar in 1965. Roy was drafted into the Army in August of 1967 during the Vietnam War and was stationed in Georgia. Judy finished her year teaching in Lamar and then joined him in Grovetown, Georgia. During that time, Judy taught school just over the Georgia border in South Carolina. They moved back to Colorado after Roy’s discharge from the Army knowing they would soon welcome a new baby to the family. Judy and Roy had Kara on February 8, 1970. Soon they welcomed another child, Brian on January 27, 1971. Years later at the age of 35, Judy and Roy welcomed two surprise additions to their family when Judy gave birth to Ryan Les and Amy Nicole. Their life was not without trials and tribulations, as they had to say goodbye to their precious baby girl in the fall of 1979. Amy’s life, while short, was a blessing to Judy’s family and she always talked of how this small precious gift taught her, Roy, and all of her children to have compassion for others and to understand children with disabilities. Life moved on for Judy and Roy and while there were some job changes for Roy over the years, Judy remained steadfast in her love of education and working with the tiniest of our elementary school kindergarteners. Over the years, she and her teacher’s aide, and great friend, Clorinda Romero touched the lives of so many children in this school district. She taught for 30 plus years with the Lamar School District. After school hours were over, during summer vacations, and when she was not hauling her kids to cheer practice, golf tourneys, square dancing or other activities she could be found helping her husband out with the day-to-day activities at Spreading Antlers Golf Course. Judy chose to retire from teaching on May 28, 2004. She was excited to be able to have freedom to enjoy grandkids that were arriving into this grand world, making time for her favorite crosswords and puzzles, spending more time with her UMW and PEO Sisters and most definitely still enjoying her Sundays at church.
Judy was fortunate to have family and the wonderful help of Lamar Area Hospice by her side as she left to be with her Lord and Savior. She is survived by her loving husband of 54 years, Roy Neal Dewbre of Lamar, a daughter, Kara Ratzlaff (Konrad) of Lamar, two sons, Brian Dewbre (Melanie) of Atlanta, GA. and Ryan Les Dewbre (Jenyl Zimmerman) of Madison, WI. She was blessed with eight wonderful grandchildren that were her world; Kodiak, Payden, Anne Marie, Michael, Jasen, Olivia, Jack, and Ally. Judy is also survived by a sister, Kathy Kerls and her husband Charles Kerls, and a brother-in-law, Jerry Calvert.
Judy was greeted at the Gates of Heaven by a daughter, Amy Nicole Dewbre, sister Nancy (Farmer) Calvert, her parents Ralph O’Rear and Mildred Maxine (Reece) Farmer, and her father-in-law and mother-in-law Oran Chester and Della Mae (Martin) Dewbre.

Memorial contributions may be made to the Lamar United Methodist Women and/or Lamar Area Hospice either direct or in care of the funeral home office.

Services are under the direction of the Peacock Family.
To order memorial trees or send flowers to the family in memory of Judith A. Dewbre, please visit our flower store.