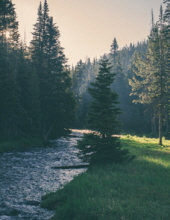 
A memorial service for longtime Lamar resident, Jose Conrado Orlando Flores, will be held at a later date.

Per Jose’s request cremation has taken place and there will be no visitation.

Jose Conrado Orlando Flores was born on September 29, 1937 in Bernalillo, NM to Jose Flores and Maggie Gonzales-Flores and departed this life on Monday December 24, 2018 at his home in Lamar at the age of 81.

Jose was preceded in death by his parents and by his step-parents – Gabriela Duran-Flores and Josefita Penia-Wiggins.

Jose is survived by two sons – Robert (Lisa) Flores of Lamar; and Mitchell Flores (Mary Jane Salinas) of Immokalee, FL; by two grandchildren – Joshua Flores (Candace Osborn) of Wiley and Shuamae (Chris) Maestas of Lamar; by three great-grandchildren – Gabe Sanchez; Aidyn and Evan Bohlander and by three step-great grandchildren – Sariya Osborn; Jazmine and Zae Maestas; and by numerous siblings to include Clara Gonzales all of NM; as well as other relatives and a host of friends.

Those desiring may make memorial contributions to the Jose Flores Memorial Fund in care of the funeral home office.

Services for Jose Conrado Orlando Flores are under the direction of the Peacock Funeral Home.
To order memorial trees or send flowers to the family in memory of Jose Flores, please visit our flower store.