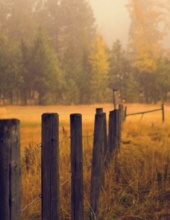 John Carder, a lifelong resident of the Arkansas Valley, passed away in his home on Wednesday, May 26th, 2021, after a short illness at the age of 85.

John was born on May 6, 1936 to Robert Carder and Josephine (Stauder) Carder. He was raised in Rocky Ford, and graduated from Rocky Ford High School and Colorado College in Colorado Springs. Following his military service during the Korean War, he was National Guard Commander and headed the team that aided in the recovery of Lamar after the flood of 1965. John was a prominent business man in La Junta and Lamar, and established Ranchers Supply of La Junta and Lamar, as well as Ranch Manufacturing (RANCO Trailers) and Carder, Inc.

Per John’s request, cremation will take place, as well as a small family internment at a later date.

Memorial contributions may be made to Lamar Area Hospice.
To order memorial trees or send flowers to the family in memory of John F Carder , please visit our flower store.