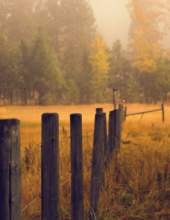 A celebration of life memorial service for former Cedar Vale, KS resident, currently of Wiley, John Carl McKenzie, affectionately known to many as J.C. McKenzie, will be held at 1:00 PM Monday June 24, 2019 at the First Baptist Church in Cedar Vale, KS with Reverend Bill Alley officiating.

J.C. was born on January 28, 1926 in Coats, KS to John Henry McKenzie and Della Mae Foster-McKenzie and departed this life on Sunday June 16, 2019 at the Arkansas Valley Regional Medical Center in La Junta, CO at the age of 93.

J.C. was preceded in death by his parents and by three siblings.

J.C. McKenzie is survived by his wife – Winajean McKenzie of Cedar Vale; two children – Robert (Brenda) McKenzie of Wiley; and Jane McKenzie (Alek Jaworski) of Lithia, FL; and by two grandsons – Carl and Donald McKenzie as well as by numerous other relatives and a host of friends.

Those desiring may make memorial contributions to the First Baptist Church in Cedar Vale, KS either directly or through the funeral home office.
To order memorial trees or send flowers to the family in memory of John Carl "J.C." McKenzie, please visit our flower store.