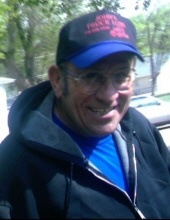 John Young
A celebration of life for longtime Wiley resident, John Young will be held at a later date. Per John’s request cremation will take place.

John spent most his life maintaining trucks. He had a successful business John’s Truck Lube before his early retirement.

John is preceded in death by parents; George Young and Bessie (Evans) Young; brother Frank Young, sister in law MaryAnn Young, brother in law Leslie Rittgers and his father and mother-in-law Leroy and June Wilcox.
To order memorial trees or send flowers to the family in memory of John B Young, please visit our flower store.