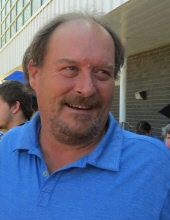 A mass of Christian burial for lifetime Lamar resident, Jim Winsor will be held at 2:00PM on Friday, February 15, 2019 at the St. Francis de Sales/Our Lady of Guadalupe Catholic Church with Reverend Mariusz Wirkowski as celebrant. Inurnment will follow at the Fairmount Cemetery in Lamar.

Per Jim’s request cremation will take place and there will be no visitation.

James Douglas “Jim” Winsor was born on September 15, 1959 to Carl Frederick and Patricia Ann (Emick) Winsor in Lamar, Colorado. He was born just 10 months after his big brother, Kett. They were so close in age that they were put in the same class together for school, and people often asked if they were twins! The family came to include two younger sisters, Stephanie in 1960 and Suzanne in 1962. The Winsor family moved into their new house on Cedar Street in 1964 and spent many happy years growing up there with lots of neighbor kids to play with.

Jim went through the Lamar School System and graduated with the LHS Class of 1977. He started his new job a few days after graduation working for Safeway. Little did he know then it would become his lifelong career, and he worked there over 40 years. He enjoyed his coworkers and he enjoyed seeing all the regular customers who he got to know well over the years.

He was an interesting person and had many varied interests and hobbies throughout his life. One of his early interests was music, which he enjoyed his entire life. He was a huge fan of rock bands and traveled to many cities to see his favorite bands in concert. One of his favorite bands that he saw numerous times was The Who. He also had an interest in some fairly obscure bands and artists too and always seemed to have a story to tell about each.

Jim was a lifelong sports fan from the time he was a little boy. His favorite team was the Chicago Cubs, until the Rockies made their debut. He was a die-hard Rockies fan, and he had attended every single Opening Day game since their inception. Opening Day will certainly never be the same at Coors Field! He also loved the Broncos and would host awesome family Bronco parties at his house. Those are treasured memories for all who attended.

Jim also developed an interest in playing chess, and he became quite good at it. He also developed a love for the game of golf, and spent countless hours on the golf course. If you were looking for Jim after work, the golf course was the place to find him. He loved golf and he made many friends playing the game.

He was a quiet guy, but those who knew him knew he possessed an adventurous spirit. He loved to camp and would many times go on solo adventures with his beloved dog, Sage. He tried his luck at treasure hunting and also hunting for diamonds, but unfortunately didn’t find either!
Jim had another love, and that love was his love for his family. He was an awesome son and brother, and also an awesome uncle! Jim never married or had kids of his own, but he had a knack for being the kind of uncle every kid would love to have. His nieces and nephews loved him just as much as he loved them!

He was a unique person. He was a confirmed bachelor, and he could be a curmudgeon at times and very set in his ways, but he was also a gentle soul. He was thoughtful and kind and had a quiet way of showing that he really cared. He had a way of surprising you with kindness!

After a courageous battle, Jim passed away on February 9, 2019 with his family by his side. He left us too soon and we will miss him forever. He was an irreplaceable part of the Winsor family. We will never forget our gentle brother.

He is preceded in death by his parents, Carl and Pat Winsor, niece, Bobbi Lee Castle, grandparents and many aunts and uncles.

Memorial contributions may be made to the Lamar Area Hospice either direct or in care of the funeral home office.
To order memorial trees or send flowers to the family in memory of Jim Winsor, please visit our flower store.