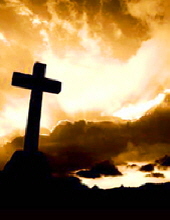 A memorial service for longtime McClave resident Jeffrey Brent Smartt was held at 1:00PM on January 6, 2016 at the McClave United Methodist Church with Pastor Robin Riley officiating. The family will have a time where friends and family can share memories during the service.

Per Jeff’s request cremation has taken place and there was no visitation.

He is preceded in death by his parents and his siblings, Natalie Smartt, Greg Smartt and Brad Smartt.

Jeff is survived by his children, Jessica Smartt and Teigha French both of Fort Collins, CO, Brooke Hart of Pueblo, CO, Murphy Lee Smartt of Craig, CO, Paige Dempsey-Smartt of Lamar, Ryely Smartt and Tommy Smartt both of McClave, three grandchildren, Emmett, Hugh and Junnipur, his sister Leslie Smartt as well as numerous nieces, nephews, cousins, other family and many friends.

Memorial contributions may be made to the Jeffrey Smartt Memorial Fund in care of the funeral home office.
To order memorial trees or send flowers to the family in memory of Jeff Smartt, please visit our flower store.