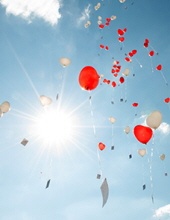 Memorial services for former Lamar resident Janet Verhoeff will be held at 10:00 AM, Saturday, May 8, 2021 at the Lamar First Baptist Church with Steve Grant officiating.

Janet Dorine Verhoeff (Mulaney) entered this world on September 28, 1959 in Lamar, Colorado to James and Esther Rosilda (McEndree) Mulaney and departed this world on April 3, 2021 in Hinesville, Georgia after a lengthy battle with cancer.

She is preceded in death by her mother Esther and sister Juanita Esther Mulaney.

Jan is survived by her father James Mulaney of Lamar; her children Brenna Seibert of Englewood, CO; Tatia (Kevin) Magoon of Lamar; Sean (Stephanie) Verhoeff of Killeen, TX and Kenton Verhoeff of Colorado Springs, CO; six grandchildren and one sibling, Janeal Mulaney of Lamar. She is also survived by numerous nieces, nephews, cousins, other family and many friends.
To order memorial trees or send flowers to the family in memory of Janet Dorine Verhoeff, please visit our flower store.