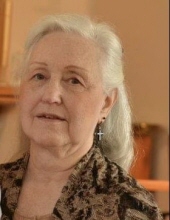 Per Janet’s request cremation will take place and there will be no visitation.

Janet was born on June 13, 1937 at La Junta, Colorado to John and Elsie (Passig) Campbell and passed away into Jesus’ loving arms on June 16, 2021 at the Lamar Estates Nursing Home in Lamar, Colorado with her daughter by her side at the age of 84.

She is preceded in death by her husband, Joseph “Joe” I. Corum, her parents, John and Elsie Campbell; brother-in-law; James Pilkington; brothers and sisters-in-law, Jack and Carolyn Campbell and Kenneth and Mary Ellen Campbell; father-in-law, Gail Corum and mother-in-law, Anna Miller.

Janet is survived by her daughter, Julie (Jerry) Branes of Lamar, son, Jerry Corum of Los Angeles, CA; grandchildren, Lucas Stalford of Seattle, WA; Laura Stalford of Pueblo, CO; Christopher Branes of Lamar and Jessica (Scott) McTaggart of Northglenn, CO and numerous great-grandchildren. She is also survived by her sister-in-law, Gladys Pilkington of Colorado Springs, CO as well as numerous nieces, nephews, cousins, other family and a host of friends.

Memorial contributions may be made to the Lamar Area Hospice and/or Lamar Estates Nursing Home either direct or in care of the funeral home office.

Services are under the direction of the Peacock Family.
To order memorial trees or send flowers to the family in memory of Janet Ann Corum, please visit our flower store.