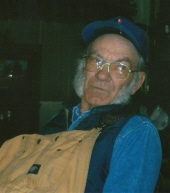 Memorial Services for lifelong Kiowa County resident James A. Engelhardt will be held at 10:00 AM, Saturday, December 19, 2015 at the Haswell Community Building with Pastor Stephen Anderson, First Chaplain of the Sangre de Cristo Hospice. Inurnment will follow at the Haswell Cemetery.

Per James’ request he would like those attending services to wear western wear.

Mr. Engelhardt was born on September 11, 1943 at Eads, Colorado to Lester and Alice (Elizabeth) Engelhardt and passed away at the Bent County Memorial Nursing Home on November 27, 2015 at the age of 72.

Memorial Contributions may be made to the Senior Citizens Center at Haswell or to the Sangre de Cristo Hospice direct or in care of the funeral home.
To order memorial trees or send flowers to the family in memory of James Engelhardt, please visit our flower store.