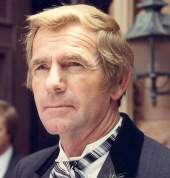 James Driskill
James (Jim) R. Driskill of Mesa, Arizona passed at his home June 17, 2015, surrounded by family members.  Jim was born in Lamar, Colorado in 1935 to Paul and Muriel Driskill.  He graduated from Lamar Union High School in 1954 where he participated in football, basketball and track.  After graduating from high school he attended Lamar Junior College, followed by Adams State College.  He married Georgetta Canfield in 1956, and son, James Driskill, Jr. was born in 1957.  While attending Adams State College he was drafted into the Army.  He served for two years in the 4th Infantry Division at Fort Lewis Washington.

After his discharge from the US Army he returned to college and graduated with both a BA and an MA.  He taught on year in Cotopaxi, Colorado before being recalled to the Army for the Berlin Crisis.  After finishing his second tour of duty he moved to Rocky Ford, Colorado and taught industrial arts and physical education.  In addition to teaching, he coached football, basketball and track, and was with the district thirty three years.

While in Rocky Ford he was elected to the board of the Colorado Education Association, followed by an election to the Rocky Ford School Board, a position he held for fourteen years.  In addition he was a member the St. John’s Masonic Lodge, and served as the Lodge Master as well as DeMolay Dad. In 1989 he received an Award of Excellence from the Grand Lodge of Colorado.  After retiring from education, he and his wife Georgetta moved to Mesa, Arizona to be near their son James, daughter-in-law Robin and grandchildren Samantha and Dustin.

Both his father and mother preceded him in death along with brothers Bob and Paul Driskill, sister, Pat Yoder, and grandparents, Isabel and Edward Driskill as well as Lucy and Schyler Ison.  Jim was survived by his wife Georgetta, son James Driskill, Jr., daughter-in-law Robin, and grandchildren Samantha and Dustin.  In addition he is survived by sister-in-laws Darlene Driskill of Montrose, Colorado, Jeannie Driskill of Glenwood Springs, Colorado, Claudette (Lester) Williams, Betty Donahue of Colorado Springs, and close friend Dick Bock of Denver, Colorado.

Services for Mr. Driskill were held at the Peacock Funeral home in Lamar, Colorado on June 26th at 10:00 am with Ian Blacker of the Lamar Christian Church officiating. Interment followed at Fairmount Cemetery.

Memorial contributions may be made to the Lamar Area Hospice either direct or in care of the funeral home office.
To order memorial trees or send flowers to the family in memory of James Driskill, please visit our flower store.