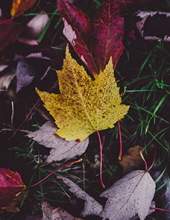 
Services will be held at a later date for Lamar resident, Jack Edward Smith.

Per the family’s request cremation will take place and there will be no visitation.

Jack was born on August 19, 1948 to Jay Porter Smith and Juanita Ann Waldren-Smith and departed this life on Saturday October 26, 2019 at his home in Lamar at the age of 71.

Jack was preceded in death by his parents and two siblings – Jerry Smith and Donita Price.

Jack is survived by two siblings – Steve (Libby) Smith of Myrtle Beach, FL and Vicky (John) Conger of Hereford, TX; by one brother-in-law – Jack J. Price of Lamar as well as numerous nieces, nephews, other relatives and a host of friends.

Those desiring may make memorial contributions to the Jack Edward Smith memorial fund in care of the Peacock Funeral Home.
To order memorial trees or send flowers to the family in memory of Jack Edward Smith, please visit our flower store.