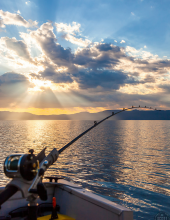 Jack Coplen
A graveside memorial service for longtime Lamar resident, Jack Coplen will be held at 10:00AM on Saturday, May 4, 2019 at the Fairmount Cemetery.
Per Jack’s request cremation will take place.
Jack was born on October 14, 1939 at Kinta, Oklahoma to Gid and Odie Mae (Bryant) Coplen and passed away on April 15, 2019 at his home in Lamar with his family by his side at the age of 79.
He is preceded in death by his son, Bob Coplen; step-son, Benny Reale; half brother, Harold Gene Kasiner and his parents.
Jack is survived by his wife, Carleen Coplen of the family home in Lamar; his son, Jim (Shawn) Coplen of Greenwood Village, CO, his daughter, Shelly Osborn of Amarillo, TX; step-son, Fred Reale of Lamar; nine grandchildren and six great-grandchildren. He is also survived by his siblings, Imogene (Gary) McBride of Canon City, CO and Fred (Patty) Coplen of Pueblo West, CO as well as numerous nieces, nephews, other family and a host of friends.
In lieu of flowers memorial contributions may be made to the Southeast Colorado Cancer Initiative either direct or in care of the funeral home office.
Services are under the direction of the Peacock Family.
To order memorial trees or send flowers to the family in memory of Jack Coplen, please visit our flower store.