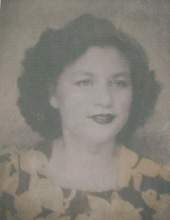 A Mass of Christian Burial for longtime Holly resident, Irene Rivas-Henry will be held at 10:00 AM Wednesday November 22, 2017 at the St. Francis of Rome Catholic Church in Holly with Reverend Mariusz Wirkowski as celebrant. Burial will follow in the Hillside Cemetery in Granada.

A rosary for Irene will be held at 9:30 AM on Wednesday also at the Catholic Church in Holly.

Irene was born on April 25, 1928 in Ninnenkah, Oklahoma to Sam Rivas and Josephine Romo-Rivas and departed this life on Sunday November 19, 2017 at her home in Holly at the age of 89.

Irene was preceded in death by her parents; by her husband – Jesse Henry; and by her brothers – Frank Rivas; Jay Rivas; Tony Rivas; Victor Rivas; and Jimmy Rivas.

Irene is survived by six children – Richard (Evelyn) Henry of Yuma, CO; Isabell (Robert) Meier of Yuma; Ellen (Miguel) Barbosa; Jesse Henry; Teresa Gingles all of Holly; and Nick Henry of Grand Prairie, TX; by seventeen grandchildren; thirty-nine great grandchildren; two great great grandchildren and by one brother Robert Rivas of Greeley as well as numerous other relatives and a host of friends.

Those desiring may make memorial contributions to the St. Jude foundation or to the Lamar Area Hospice either directly or through the funeral home office.
To order memorial trees or send flowers to the family in memory of Irene Rivas-Henry, please visit our flower store.