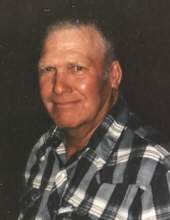 Glenn Eldon Marston, affectionately known as “Popcorn” was born January 17, 1930, and passed away in the Holly Nursing Care Center on October 22, 2019. He was the third child of Glenn Corydon and Ruby (Mason) Marston who lived near Hartman Co.
Per Glenn’s request there will be no services.
The family, including his siblings, Charles “Chuck”, Darlene, and Phillip “Peanuts” lived on a farm about two miles north of Hartman. Eldon graduated from Hartman High School in 1948. He helped his dad on the farm and also worked, during his high school years, helping out neighboring farmers with their work. Following graduation, he drove a truck for National Alfalfa Co of Hartman until March 13, 1951, when he was inducted into the US Army and served during the Korean War. On December 12, 1952, he was released from active duty with a Korean Service Medal with 2 Bronze Service Stars. He was then transferred to the Army Reserve 13 until Oct. 9th, 1956. Returning from his service in the Army, he spent many years helping his dad farm and working at the National Alfalfa Co again.
In 1965, Eldon married Jennie Jones and to this union a daughter, Rhonda, was born. He was so proud of Rhonda. The nurses threatened to put him to bed in the hospital when she was first born just to get him to go home at night. We were now living in his grandmother’s house in Hartman. He continued to farm his dad’s land and had bought some of his own, and also worked many years for the Alfalfa Co. He loved to be on the tractor and out in the field working. When there was land that needed leveling he bought an old scraper and did it himself. Moving dirt was also near and dear to his heart. It didn’t seem to matter how dirty he got, he enjoyed it.
Eldon was involved in many things during those years. He was Secretary of the Jones Lateral Ditch Co from 1966 until 2010, and their ditch rider from 1970 until 2010. He was President of the Swede Lateral Ditch Co. for several years, and Secretary of the Chenoweth Lateral Ditch Co. He was a lifetime member of the VFW. For about 40 years, he put the flags on graves of veterans each Memorial Day in the Hartman Cemetery and Mount Hope. He was honored to do this. When he was able, he took part in the Memorial Day services at the cemeteries and occasionally was able to be in the Holly Parade with other members. He enjoyed helping with the honor guard when Governor Roy Romer was a guest of the parade.
Eldon was also a board member of the Northeast Prowers Soil Conservation District. We have laughed many times about one unusual annual meeting. The board and their spouses sat at the front tables and there were usually many guests there. The board and spouses would go through the line first to get their trays of food so they were prepared to start the meeting, while the guests finished their meals. This one night I, Jennie, was sitting at the table with my tray while Eldon walked behind me with his tray, to get to his seat. Just as he went behind me, his bowl of coleslaw slid off his tray and landed upside down on my head. When anything goes wrong, his first impulse is to pat it thinking that will make it all better, but it didn’t work that night. As I was trying to grab the bowl with cabbage and dressing running down my nose and face with him patting me on the head, his coffee slid off the tray and followed the bowl. Now I had coleslaw running all over along with hot coffee on my head and running down my back. It was so funny, as well as uncomfortable, but all we could do was laugh. People around us began cleaning me off with napkins and all was well. We didn’t dare look at each other during that meeting, or we couldn’t have kept the laughter back.
Eldon was on the Hartman Town Council, off and on, for ten years and then was the Hartman Mayor from April 1984 until April 1998.
After selling the farm in 2010, we continued to live in what was once his grandmother’s house. He kept himself busy doing whatever he could find to do until his health started to deteriorate. He has been in the Holly Nursing Care Center for about a year and a half. He has made many friends there, both staff and residents. The Lamar Hospice has been wonderfully good to him.
He was preceded in death by his parents, brothers Charles (Mary) and Phillip, sister, Darlene Bernhardt, son-in-law Robert Sprouls as well as several nieces and nephews.
Surviving relatives are his wife, Jennie, and daughter, Rhonda, four step grandchildren and spouses, seven step great-grandchildren, sisters-in-law Lee Hiss and Liz (Don) Reynolds and many nieces, nephews, cousins and a host of friends.
Memorial contributions may be made to the Lamar Area Hospice, Holly Nursing Care Center Activity Fund and/or the Town of Hartman either direct or in care of the funeral home office.
Services are under the direction of the Peacock Family.
To order memorial trees or send flowers to the family in memory of Glenn "Popcorn" Eldon Marston, please visit our flower store.